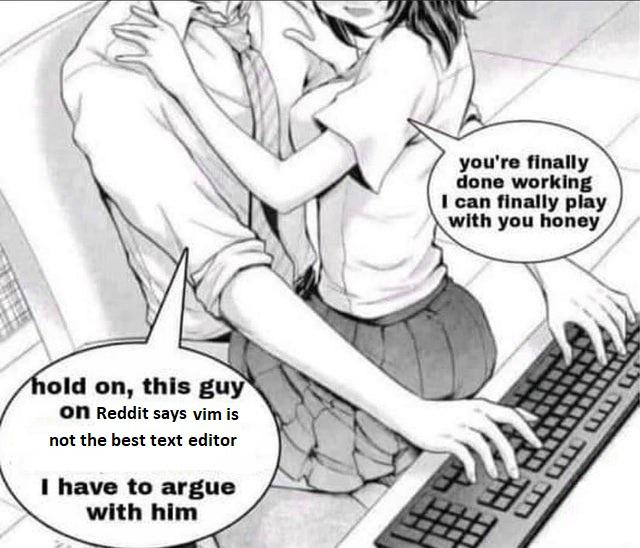 Vim/Neovim is the greatest text editor to ever exist.

At first, I used Nano like an absolute pleb. The world had lost its colour, and everything seemed slow.

Then I found Vim. Everything took on colour. My senses were heightened when I started using vim, and I started seeing things I had never seen before ( wait that might be the drugs ). I dreamt of vim, lived vim, played only vim-golf. My entire life was built around vim.

I eventually managed to use vim to edit the thoughts of other people. I started telling them what to think, and became the god emperor, and supreme vim user.

I eventually made a plugin that allowed me to access the fabric of space and time, and edit it with vim. I had mastered time travel... I ruled the universe in every dimension in every time period, without my hands ever leaving the home row, as that is the power of vim