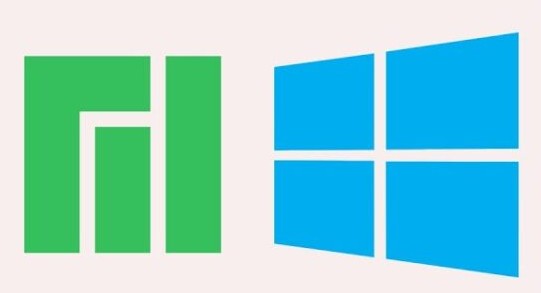 Looking at this image with nothing but regret. God, I was such a dumb fuck for installing this bullshit of a circlejerk of an OS that can't even run EXE files like a normal computer

I feel like such a dumb fuck for taking anyone's advice on this shit. I don't want technical help because I shouldn't need technical help as an OS should be easy and friendly to use, not bullshit to do simple shit like use a text editor

10:56 PM I should be maintaining my website at this point, not be finding out more bullshit about how this shit works

On Windows, there are hundreds of easy-to-use text editors that work for me just fine, same goes for art programs, but on fucking Manjaro I have to play a game of trying shit out that I know that I will not work for me

Linux doesn't fucking work and anyone who says otherwise has their ass up their head. I want to fucking tear my hair out when I use this shit. I want to update my website, I want to make shitty MS Paint art, I want to archive websites, I want to play games on my Steam, I want so

much that is just not a thing on this trash-rubbish OS. People fucking had balls when they told me to switch, they really did

The people who even use Linux are full of shit and are clearly blinded by the main selling point of distros - that being that they are free (Free as in beer! Hits you with a bat). I would pay for Windows because at least it not only works, but also so do the hundreds of programs that I

want to use but can't use anymore BECAUSE WHAT THE FUCK IS AN EXE FILE, HOW DO I OPEN IT????

I will fucking punch the next person who tells me to open a fucking terminal. A terminal is, and never should be, a good thing for nice UI

Who the fuck wants to use a terminal? I know that I would rather not use it for even a sweet second

I don't fucking care about the bullshit reason why this fucking OS can't run EXEs, it doesn't matter to me as I want it to be able to run my programs no questions asked

Okay, sure, porting can be hard, but the fact that motherfucking batch files don't run on it is some horseshit

I have wasted years' of my life thanks to Linux, this is an insult

Fuck me, even doing something as simple as making a ZIP file is, for some reason, made hard. I want to right click on an area, I want to click on "Make ZIP", I want ZIP to be there, I want to drag 'n' drop the files. That's it, but for some reason it's not like that, it never is that easy. I have

I fucking hate this so much, I really do

Nothing makes sense and when I find-out how to do something, it takes a search on Google or asking someone like a fucking twat. God, I feel like such a child asking for help all of the time, but I really do need to ask these things to people

I feel like if someone asked me right now if I would rather have some of my toes cut off or have my Windows and files back, I would pick Windows

I am so angry at myself for being this foolish, why I didn't take batter care and take in what my IRL friends were telling me, I do not know, but at least I'm wiser for knowing that when someone asks me for advice on what distro to go for, I can say without a doubt in my mind "Go with

Windows, it's an OS for everything"

Thank fuck I know no prick who uses Linux IRL, they would get fucking knocked out for being such a fucking cunt. Am I saying that if someone uses Linux they are a cunt? Well no, you could also be fucking stupid

God, pissing techbros who had the fucking balls to tell people to use Linux can fucking rot in Hell for all I care

Boy, I sure love being frustrated while using a computer that is mean to be "easy" to use and "great" for greenhorns for Linux users

I want to fucking scream at these cunts for being so thick that if they got stabbed then the knife would break, good God now. If I wanted to have a good OS, I would use Windows, if I want to be a massive prick who loves to stand out I would use Linux.

I am a twat, I am a cunt, but at least I don't lie to people to their face, telling them sweet nothings about how amazing this distro is and once you get get started, then you won't be able to stop(!)

I am not a liar, I do not fib, and I do not blag. People who sell Linux are liars, thy tellfibs, and they do blag. I do not want to trust people who sell me the idea that Linux is something that I want to have. Like most people, I don't like it when people lie to me, so I feel extra fucked now

that I have been lied to be loads of people.

I almost want to move my PC to a USB and smash it into tiny, tiny bits, but even then, I know that doing something as basic as that will probably mean that I would have to as sudo like a twat

I would say that I hope that people who sell Linux don't sleep well at night, but I have a feeling that they don't care at all what I feel, all they are about is that I am now apart of their community full of knobheads techbros who are all too awkward to talk to women

This has really been a fucking misadventure that should have been fun, but all it has been was me asking for help every time I want to do something

I will fucking smash Tux's face in with a shovel if someone has the balls to tell me to open a terminal every time I want to install a font, a program, help sort out audio, or anything else that isn't checking my IP

I want to be like these people who think that this shit is fine, but I'm not a twat